Window into the Luxembourg Garden 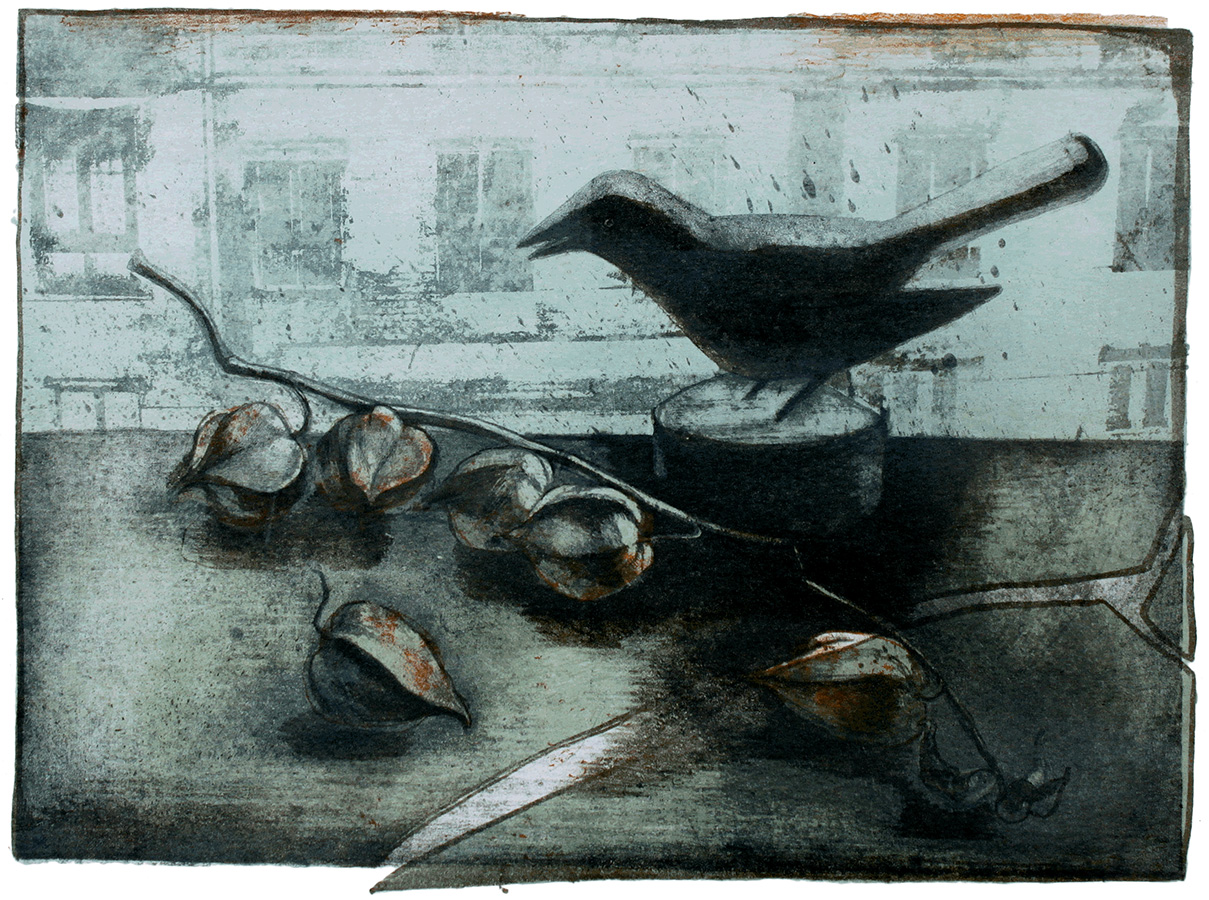 In the end of the XIX century the French artists made out a special type of an artistic personality that resembled the seeker of the antiquities, some sort of a ragman looking for precious things among the shady and forsaken pieces of life. Artists, poets and dramaticists imagined themselves to be sophisticated hunters for the priceless things to be found on the margins of the people’s lives. These findings were to become true source of inspiration for new art pieces. The image of a ragman artist implied that an artist possessed a special creative way of seeing things that made no difference between things usually known as either significant or not important at all, either poetic or totally prosaic. Such approach left no unattended details; all sides of life were seen as equally important, interesting and valuable. The XX century glorified the real parade of artistic types: revolutionary artists, humanitarian artists, managers and advertisers — they all made their contribution, but the ragman artist type continued to live on.

“Window into the Luxembourg Garden” is a new series of prints by the Ukrainian graphic artist Oksana Stratiychuk. This series allows its viewers to take a glimpse at the world of the ragman artists living in the beginning of the XXI century. Her new prints arise from a wonderful mixture of artistic methods and approaches: symbolic details adjoin the purely decorative ones, handmade paper is used together with some ordinary materials, complicated print is supplemented by the photocopies. Frumpy characters and hunker faces from the old French magazines, postcards and photos found on the flea markets of Paris, Kyiv, and Krakow come back to life in Oksana’s prints.

The creation of the new series began from the papermaking. During the “Gaude Polonia” residential program at the Academy of Fine Arts in Lodz Oksana Stratiychuk mastered a classic technique of producing the handmade paper. This technique is still used in manufacturing some expensive kinds of paper and also lives as a separate kind of artistic practice. Paper used in “The Window into the Luxembourg Garden” series is made from colored paper masses of a few colors with herbal elements such as dry leaves and flowers added in the process. The combination of the European and the Eastern materials leads to the achieval of the effect of partial transparency. These features of the paper provide a perfect basis for the syncretic artistic plan. The process of printmaking is also complex: Oksana uses etching, colography, monotype and relief print, often in the same art piece. Intention and improvisation in the end are indistinguishable. Finally, this difference is not significant at all.

These prints should be carefully observed, as the attention paid to details is always compensated by some new discoveries. Such art pieces accustom the viewer to the careful manner of observing the world around us to see the real depth and value of everyday's existence. 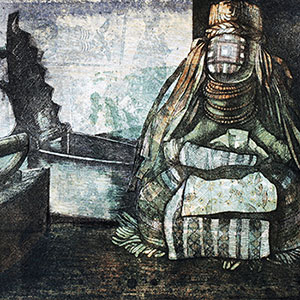 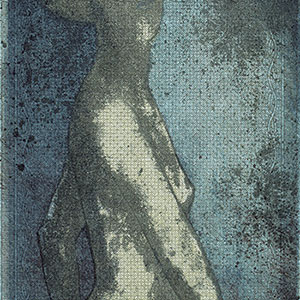 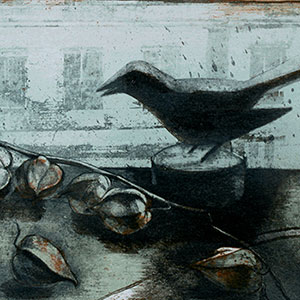 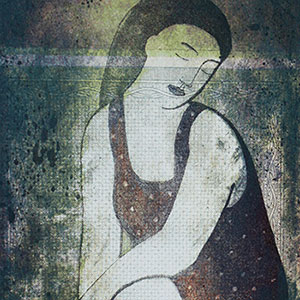 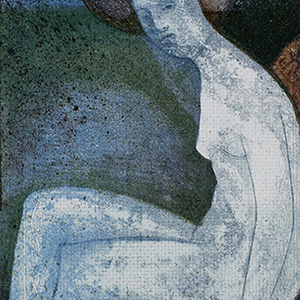 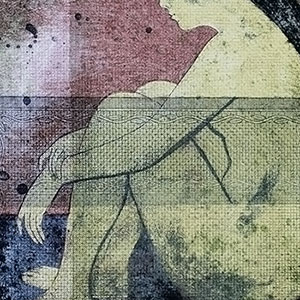 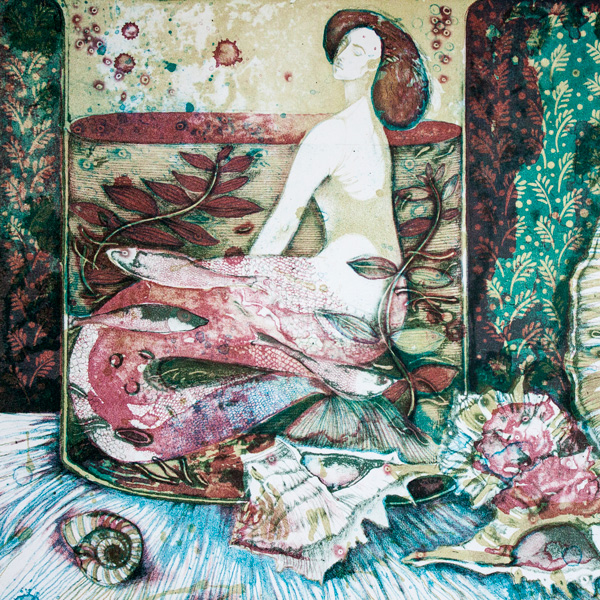