Oksana Stratiychuk. “Patterns of the Days” 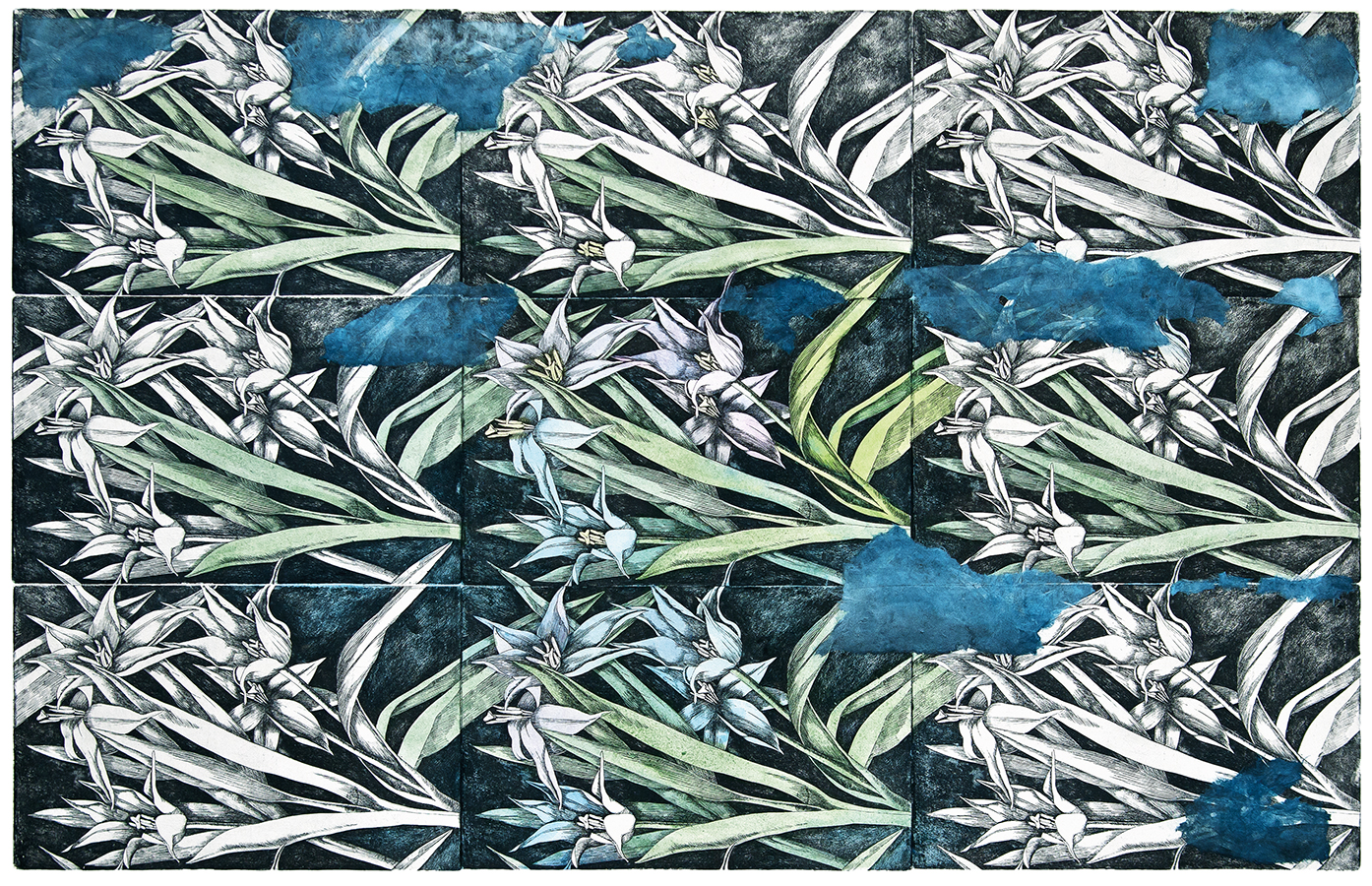 On April, 17  a solo exhibition of prints and enamel artworks by Oksana Stratiychuk was opened to the public at The Kyiv National Museum of Russian Art department “Chocolate house”. A presentation of Oksana’s new catalogue with her intaglio prints made in 2009–2014 and her fully renewed personal website took place during the opening. 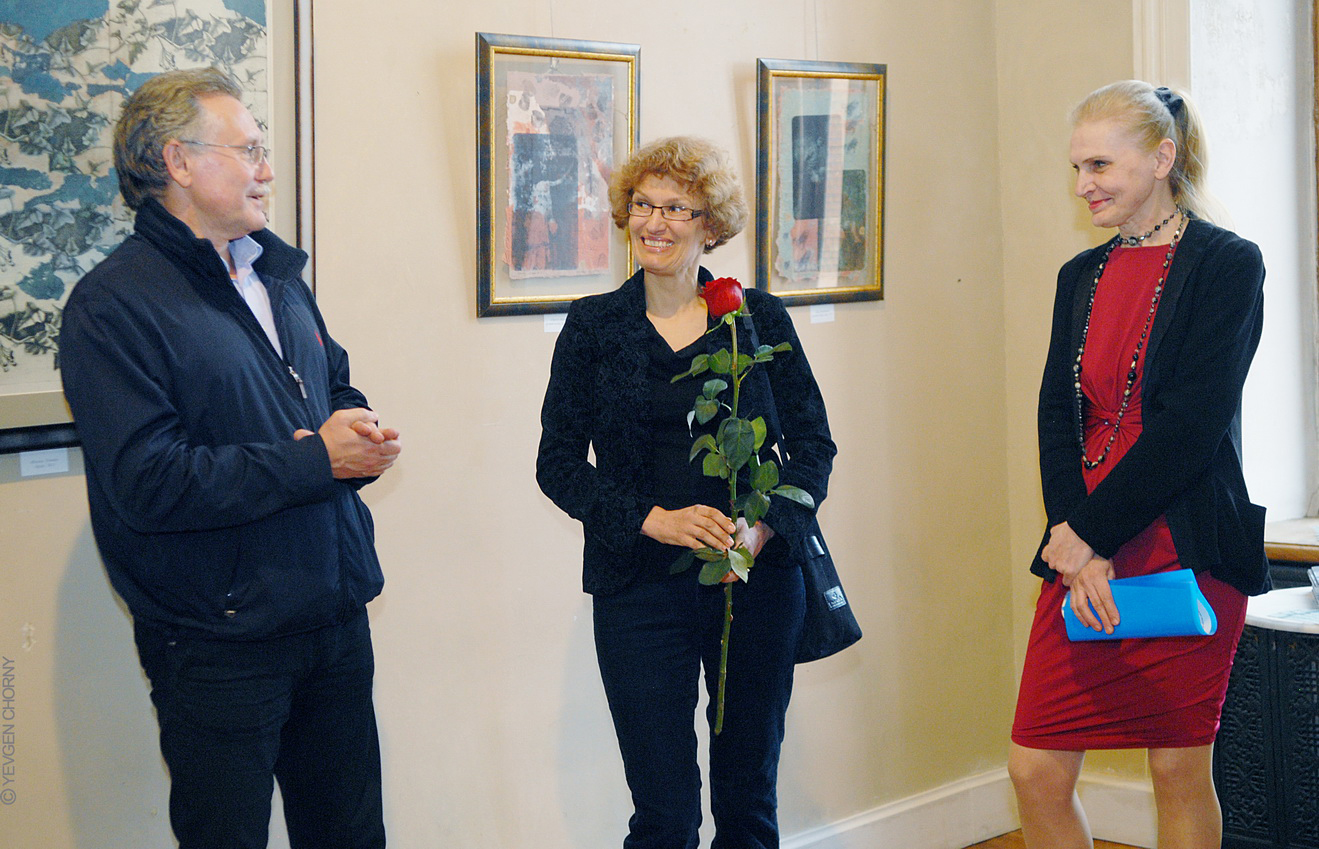 Sophisticated, technologically advanced intaglios are in the core of Oksana Stratiychuk’s art. They were featured as a central part of the exhibition “Patterns of the Days”. Besides the etchings viewers were able to see the artist’s works in the technique of hot enamel, and some of her works in the original technique of printmaking from the series “Window into the Luxembourg Garden”.

Loyal fans of Oksana Stratiychuk’s works are already familiar to the themes of plants, herbs, vegetables and fruits of all sorts that regularly appear in her art and serve as a likeably immense source of inspiration for Oksana’s graphic pieces. Her first flower bouquets emerge on paper in the late 1990’s. After a while the artist smoothly shifts her focus from mixed compositions of plants, fruits and human bodies towards the genre of floral still life in the mood of the Old Dutch school. The Baroque splendor of her bouquets subsequently changes into a refined elegance of the Japanese gardens. Juicy, almost material, and obtainable flowers and fruits give way to the symbolic plants, artistic generalizations of a flower, designed solely for esthetic and philosophic contemplation. 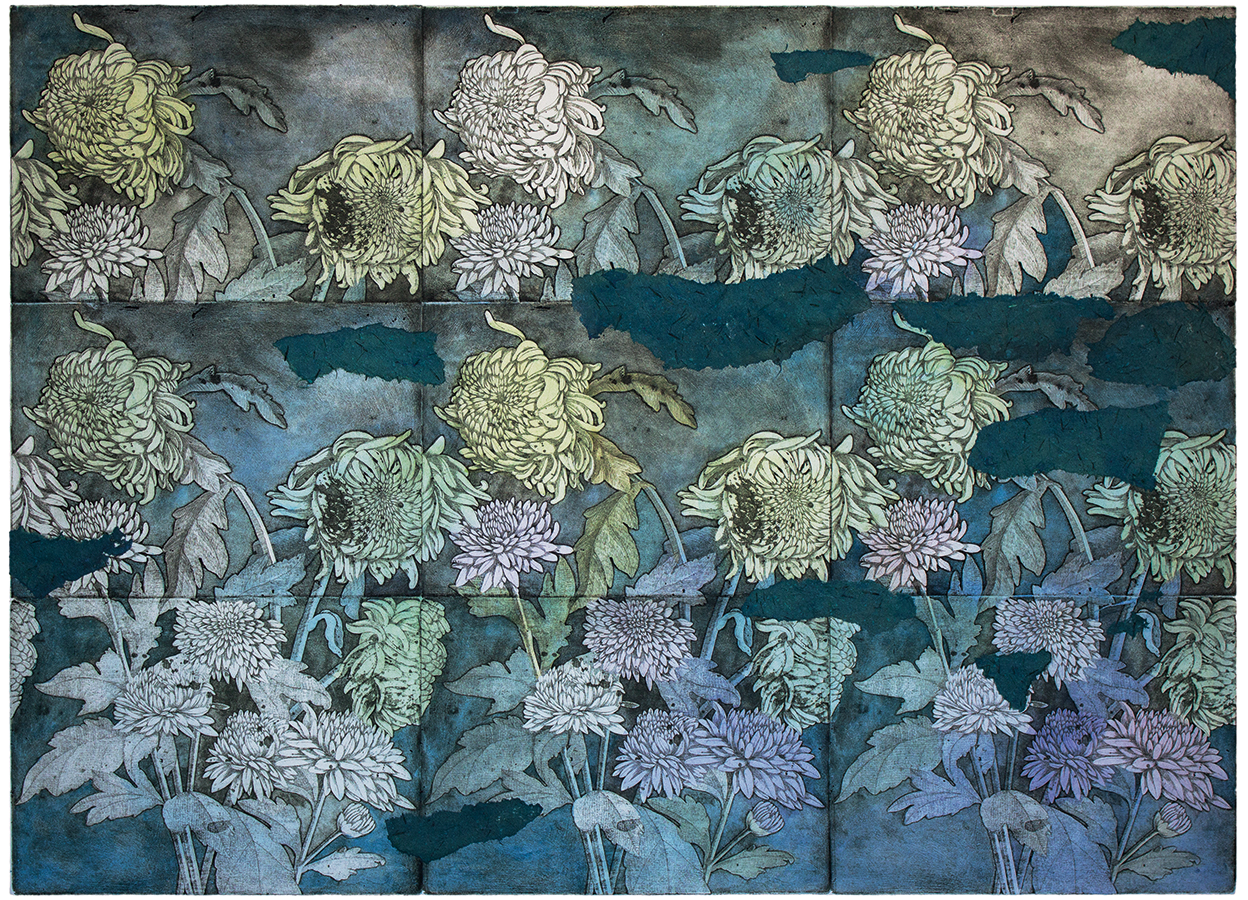 Refined modular etchings of the recent years were presented at the exhibition. These artworks hold the power to transform any space into a luxurious shady garden offering a moment of rest and relaxation amidst the city noise.

Dmytro Korsun, art critic, on Oksana Stratiychuk's graphics: “Not only a remarkably high class of technical skills is felt in the art of Oksana Stratiychuk. Her works are marked with subtlety, with natural power, and a significant — even for an artist — esthetic taste. Her graphics is a pure pleasure from the contemplation of beauty. There is no place for random details in this strictly calculated artistic system. Every element bears its structural function, traces the space, measures the important figurative grounds.

Certainly, Oksana has worked her own line in the graphic field. She is characterised both by the Baroque greatness of the rich, perfectly manufactured composition, and the utter elegance of drawing and colour with the general and generous dramaticism of the chosen subjects.” 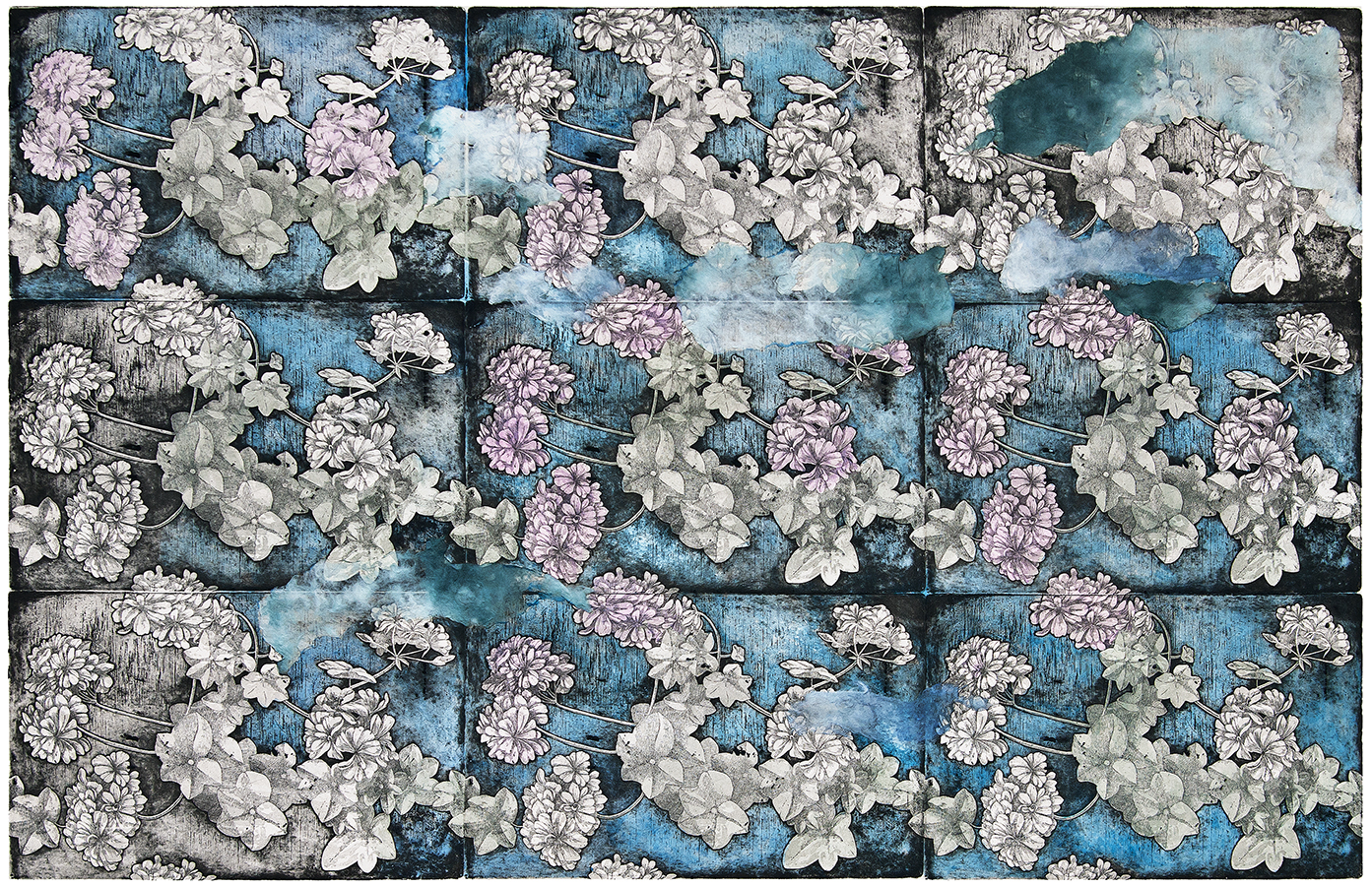 Kateryna Lypa, art critic, on the series of etchings “Three Days of a Year”: “Oksana’s experiments with the paper textures is quite organically united with the experiments in the modular printing. Except the unconditional likeability, the repetitive composition of her latest prints effects in a broader way. A single bunch of primroses or a sprig of geranium is a mere constatation of the fact of floral beauty. But the same motive, repeated many times on a large sheet of paper, painted manually and partly covered by the exquisite Japanese kozo-paper or by the rough hand-made fiber, becomes the embodiment of an immense and changeable space. It seems to expand beyond its borders, filling the world with a pagan joy of blossoming nature, the sun, the wind and the clouds.

Taking a look at the etchings from the series “Three Days of a Year” from a slightly different angle or in a different mood, you can see not only roses, geranium or tulips, you can look beyond the movement of the wind and the clouds, and notice that the prints turn into a faded luxury textile of the XVIII century — such as on the old Baroque portraits of the Cossack’s chiefs. In general, the Baroque tradition confidently shows itself in many Oksana’s works, intricately interwoving with the Zen laconism.” 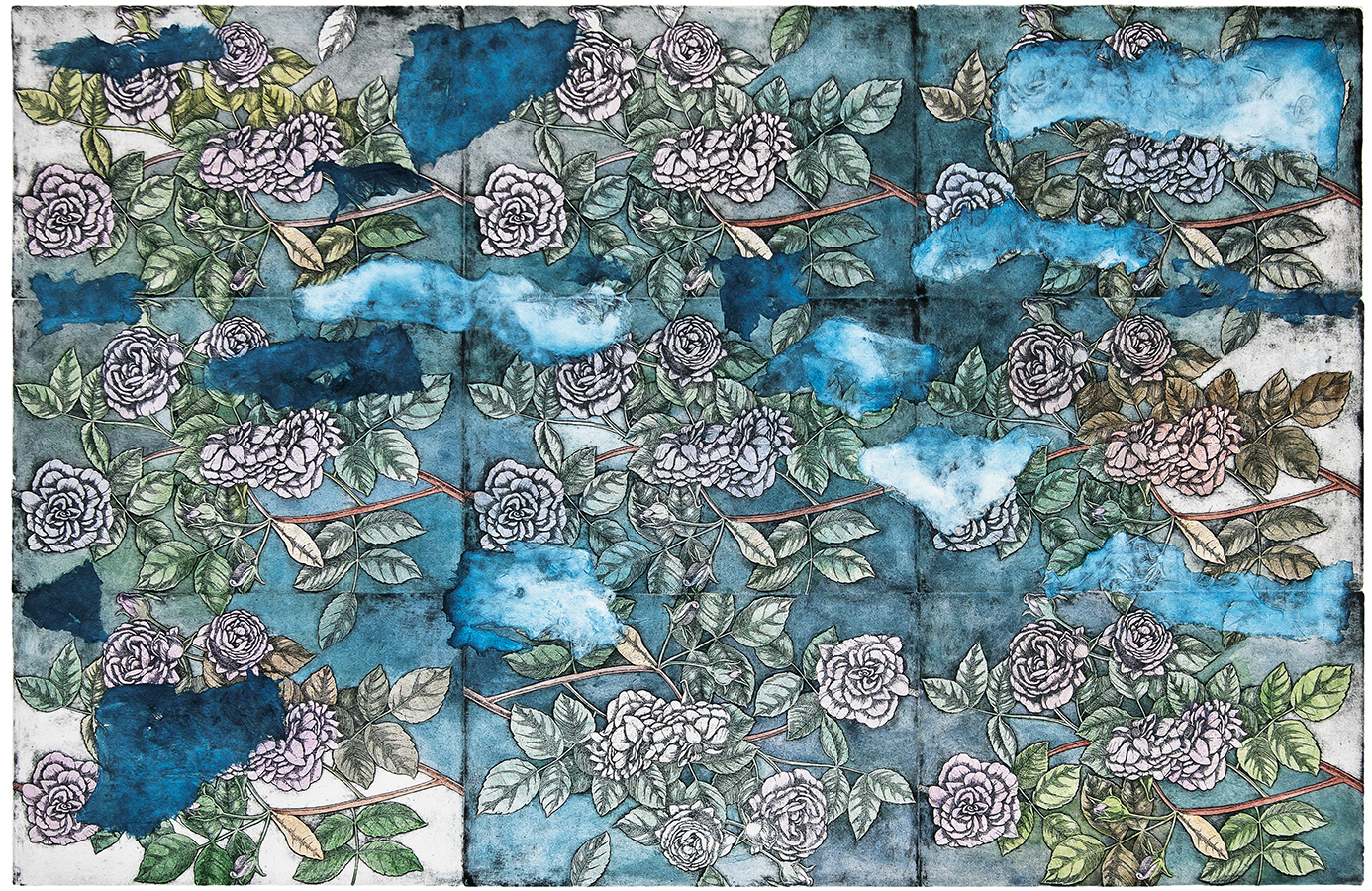 In the “Window into the Luxembourg Garden” series of prints the artist allows us to glimpse at the world of a ragman artists living in the beginning of the XXI century. Frumpy characters and hunker faces from old French magazines, postcards and photos found on flea markets of Paris, Kyiv, and Krakow come back to life in Oksana’s artworks. Her prints emerge from a wonderful mixture of artistic methods and approaches: symbolic details adjoin the purely decorative ones, handmade paper is used together with some ordinary matherials, complicated printmaking is supplemented by the photocopies. The combination of the European and the Eastern materials leads to the achieval of the effect of partial transparency. These features of the paper provide a perfect basis for the syncretic artistic plan. 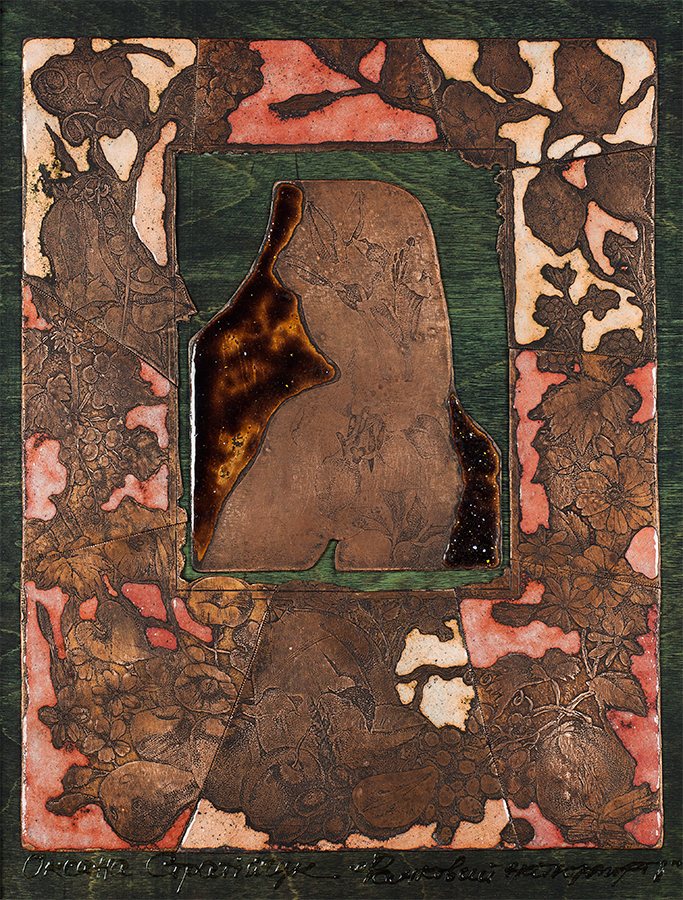 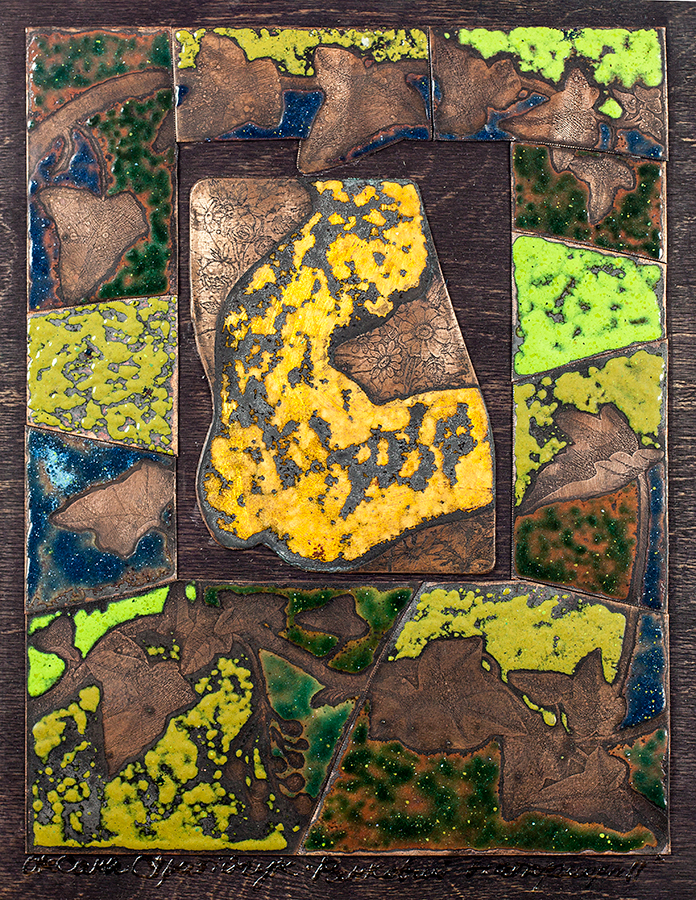 Luxurious enamel artworks by Oksana Stratiychuk were exhibited in Kyiv only for the second time. Many of them are based on the designs of the artist’s lithographs, and some had literally given a new life to several Oksana’s intaglios, since they were created on the etched copper plates previously used to make prints. The magic of the sparkling enamel shining differently under any accidental ray of light can not be fully transferred on any photo. These works must be seen by one’s own eyes to be evaluated properly.

The exhibition “Patterns of the Days” took place in the “Chocolate house”. The interiors of this XIX century mansion became available to the public only a few years ago. The specific feature of this exhibition of Oksana Stratiychuk’s art was the opportunity to see her stunning graphics in the appropriate interiors. 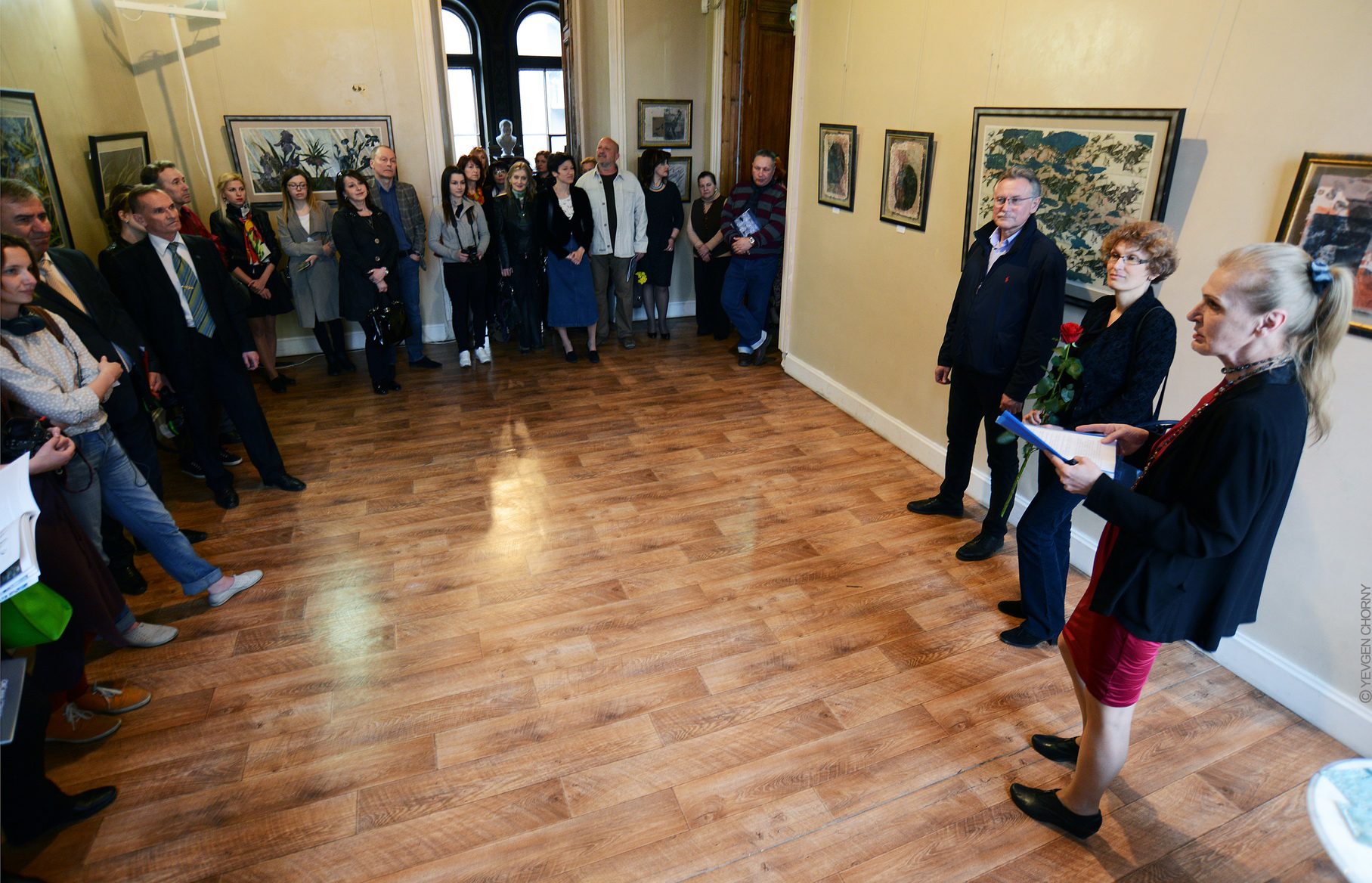 On the exhibition opening 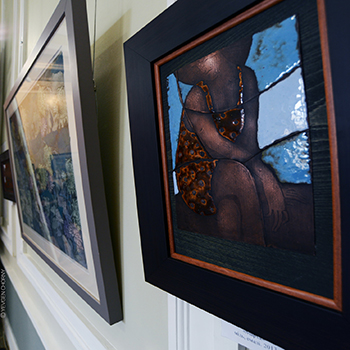 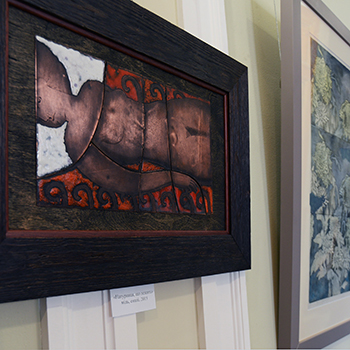 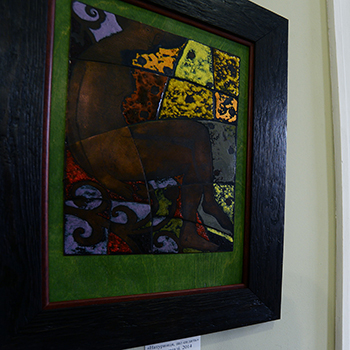 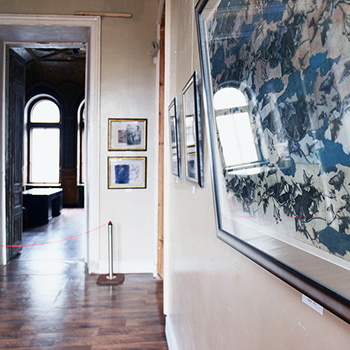 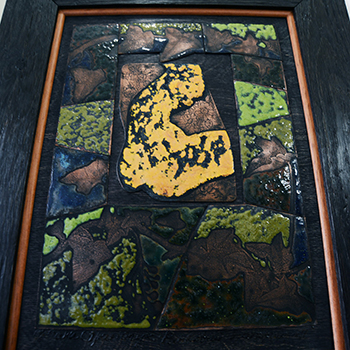 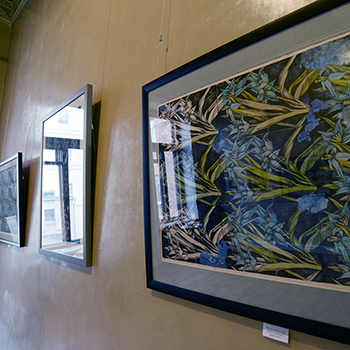 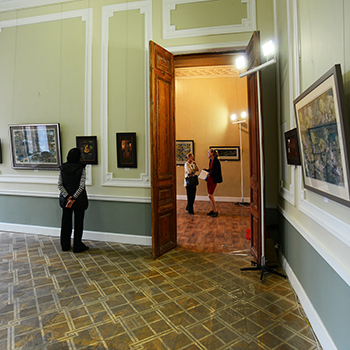 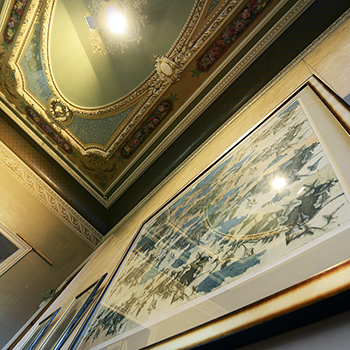 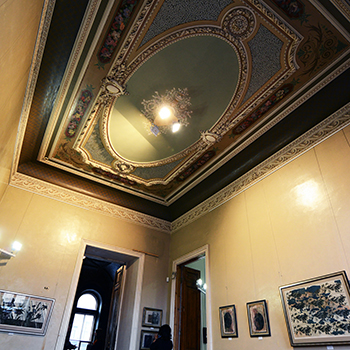 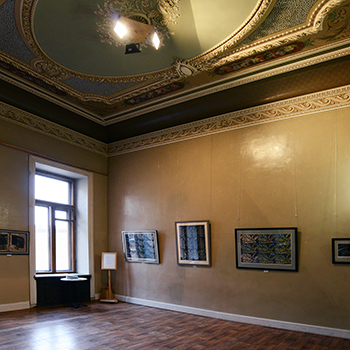 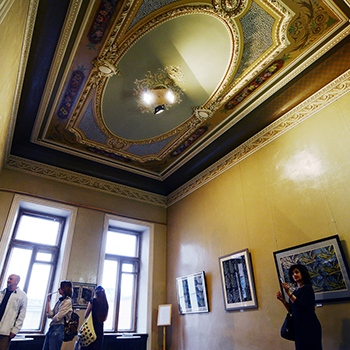 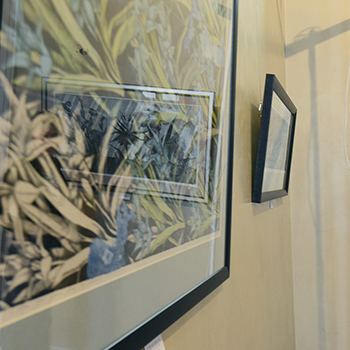